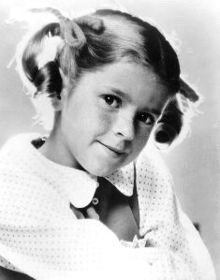 Anissa Jones (pronounced Ah-NEE-suh Jōnz) was born in West Lafayette, Indiana, on March 11, 1958, to John Paul Jones and Mary Paula Tweel Jones. Anissa’s legal first name was Mary, as was her mother’s, but neither used it. Seems like a waste of a perfectly good name. Her parents, married in 1957 (for what that’s worth), were both in graduate school at Purdue University at the time. Seventeen months after Anissa was born, Anissa’s brother John Paul Jones, Junior, came into the world. Not too long after, presumably after her parents/father graduated, they moved to Playa Del Ray, California, hoping the climate would be beneficial for Mr. Jones’s asthma.

John Paul, Senior, got an engineering job at Hughes Aircraft Corporation, and (Mary) Paula became a stay-at-home mom. Just about the minute Anissa could walk without falling over, her mother enrolled her in dance class. She held off taking her to acting auditions for a year or two, and her patience paid off. When Anissa was just six, she landed a role in a breakfast cereal commercial. Apparently, these days either no one remembers the name the cereal, or no one will admit to being old enough to remember.

By this time, Anissa’s parents’ marriage was in tatters. Dad moved out in 1964 and filed for divorce in ‘65. Allegedly, (Mary) Paula slandered the dad and therefore got full custody of the kids. Lucky them. Paula’s jobs at the time consisted of being part-time substitute teacher and/or real estate agent and full-time stage mother.

In 1966, eight-year-old Anissa tried out for the role of six-year-old Ava Elizabeth “Buffy” Patterson-Davis, a character in an upcoming new sitcom named Family Affair. According to some, when Anissa came into the audition room, the clouds parted in the skies and a Heavenly light shone down from above. Or something to that effect. Anyway, the casting people loved loved loved her and she got the part. Then, according to her co-star Johnny Whitaker (who played Jody, another super cutie) when he and Anissa got paired up during the auditions, the angels started singing (figuratively) and the powers-that-be were so enamored (literally) with the combo that they re-wrote the story line to make the Buffy and Jody characters six-year-old twins According to Whitaker, Jody was originally envisioned as a ten-year-old. [I don’t really get this because when the show started, Johnny Whitaker was no more than two inches taller than Anissa, so how could he have been auditioning for the role of a ten-year-old Jody? There are no other recurring male child roles in the show for which he could have been auditioning. But if Johnny Whitaker says it’s the case, I’ll take him at his word. Because he’s Johnny Whitaker.]

If you’ve never seen the show, here is a short synopsis of Family Affair: dead parents, three orphans (twins plus 15-year-old sister) dumped on bachelor uncle’s NY high-rise apartment doorstep. Hilarity ensues. Actually, it’s a very sweet show. Purportedly it was supposed to be more uncle-centric (played by the kinda imposing/scary Brian Keith), but the viewing audience adored the kids, so they became the focus. (This was in the old days, when the people who ran t.v. shows actually cared a little about what the viewers thought.)

Week after week, the show became more popular until it was a steady top-ten favorite. Soon Anissa was called upon to do movie roles, talk shows, and public appearances—lots and lots of public appearances. During most of the run of the show, she was working seven days a week most weeks. And the person who was tasked with the responsibility of protecting her from this type of abuse was the person who was driving the bandwagon.

The show ran from the fall of 1966 to the spring of 1971. When it started, six-year-old Buffy wore cute pigtails and carried around a creepy old-lady doll named Mrs. Beasley. When it ended, 11-year-old Buffy still wore pigtails and carried around the self-same creepy old-lady doll named Mrs. Beasley. Thirteen-year-old Anissa was not amused. When the show was abruptly canceled in 1971, collateral damage of the notorious “Rural Purge.”* Anissa could not have been more delighted.

After the cancellation, Anissa auditioned for some movie roles. Whether that was her choice or her mother’s is unclear—but I can guess. Allegedly, she auditioned for the role of Regan MacNeil in the film The Exorcist, but it was decided that no one wanted to see Buffy spewing pea soup.

Around the same time, Brian Keith was given a television show. [The first season was named The Little People, alluding to his character’s profession as a pediatrician. In the second—and final—season, it was called The Brian Keith Show. Obviously whatever problem the show had, it must have been more serious than just a wonky title.] Keith offered Anissa a role on the show, no audition necessary. She declined because either she or her mother had decided that television was no longer the correct venue for her.

Sources say she was considered for several major movie roles, including the leads in Pretty Baby and Taxi Driver. That might or might not have been true, but what is known for sure is that her last on-air appearance was on an episode of Laugh In in September 1971.

Sometime in the early/mid-1970’s, Anissa’s father moved closer to her and fought for custody. The courts checked out both parents and awarded custody to the father. Reportedly, Anissa was happy living with her dad and stepmother, but that happiness didn’t last long. Her father died from heart disease on March 7, 1974. Her mother made a stink about Anissa’s wish to live anywhere but with her, and reported her as a runaway. As a result, Anissa spent several months in a juvenile detention facility. That poor girl just couldn’t catch a break.

After her release, she dropped out of school and started shoplifting and doing drugs. Her next job was a doughnut hawker at a Winchell’s Donuts shop in Playa Del Rey. Based on my research, the shop is still there. Unless it’s not.

Her workaday drudgery ended on her 18th birthday (1976, for those of you who don’t feel like doing the math), when she inherited the money she had earned acting, which had been held in trust. The reports of the amount varies, but in today’s money it would have been in the million dollar ballpark. I’ve always wanted to visit that ballpark.

Anissa used some of her newfound cash to rent an apartment, which she shared with hr brother.

Little is known of the specific activities with which Anissa occupied her time for the next five and a half months, but her actions on August 27 are well documented. She and a group of acquaintances partied at a friend’s house. She ended up staying the night. On the morning of August 28, she was found dead in one of the bedrooms. A subsequent toxicology test determined she had a virtual pharmacy running through her veins, including cocaine, PCP, Quaalude, and Seconal.

Anissa was cremated and was either given a small memorial service or no service at all, depending on which source you choose to believe. Her ashes were scattered over the Pacific Ocean, not far from where she grew up.

She left a considerable estate, but there is no record of who ended up with the money for which Anissa sacrificed her childhood.

Less than a week after Anissa’s death, Dr. Don Carlos Moshos was arrested for illegally selling illegal prescriptions to patients, including Anissa. There had been an ongoing undercover criminal investigation into the doctor’s practices, but unfortunately sufficient evidence wasn’t found in time to arrest him earlier, which might have potentially saved her life.

Moshos was charged with many offenses and pleaded guilty to two (per my research). He was out on bail awaiting sentencing when he died on December 27, 1976, aged 66. He had suffered from hepatitis, or leukemia, or heart disease, or advancing senility, or some combination thereof. The prevailing theory was that the good doctor knew he was dying and began selling prescriptions to anyone willing to pay the asking price in order to fatten the nest egg he was leaving for his family. Really, what are a few dead teenagers compared to your widow being able to afford to buy a new Mercedes every year?

Post script: Anissa’s brother died less than a decade after his sister. Like his sister, he overdosed, on March 15, 1984, at age 24. Also like his sister, he was cremated, and his ashes were scattered at sea over a portion of the Pacific Ocean.

Family matriarch Mary Paula Jones died in Michigan on January 14, 2012, presumably not of a drug overdose.

*Notorious Rural Purge: In the early 1970’s, CBS network executives Robert Wood and Fred Silverman swung a heavy-handed scythe (figuratively speaking) through programming, canceling many highly rated rural-centric shows, including The Beverly Hillbillies, Green Acres, Lassie, and Petticoat Junction. Not-so-rural victims of the rural purge included Family Affair, The Ed Sullivan Show, and others. The shows were replaced by more “urban” shows, such as The Mary Tyler Moore Show, The Smothers Brothers Comedy Hour, and All in the Family. (How they were considered more urban than a sitcom family who lived in Manhattan and a glitzy variety show filmed in Manhattan, I’m not sure.) Yes, it was all about money.