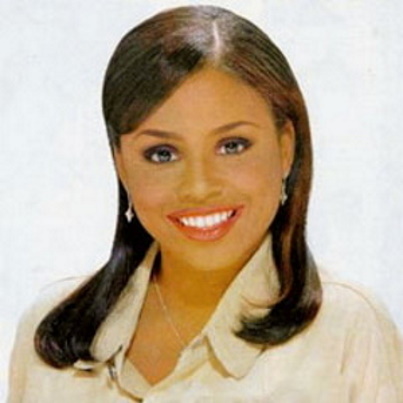 Michelle Doris Thomas was born on September 23, 1968, in Boston, Massachusetts (possibly the Brookline section), to Dennis “Dee-Tee” and Phynjuar “Penwah” Thomas. Her mother was a stage actress and her father was a saxophonist and one of the founding members of Kool and the Gang, a band he played in for a whopping 50+ years. Celebrate!

When she was young, Thomas and her parents* moved to Montclair, New Jersey, where she lived until adulthood. (Some sources say they lived in New York, or both New Jersey and New York.) Throughout her childhood, Thomas’s mother helped her develop her natural talent in acting and singing. (Although Mrs. Thomas was a mom who worked on the stage, she was in no way a “stage mom.”)

* Thomas had three siblings, sister Tuesday Thomas Rankin and brothers David Thomas and Devin Thomas; no information was readily available as to whether any of them had been born by the time of this move.

Thomas started appearing in television commercials in 1983. She landed a job on her first audition, rumor has it, and then went on to appear in many more commercials, rumor also has it. There’s no verifiable list of which products she advertised.

She also performed in many theater productions, first on the east coast and later on the west. Specifics about this area of her career are sparse on the internet.

In 1984, at the suggestion of a family friend, Thomas participated in Hal Jackson’s Talented Teen competition, which is still in existence and billed as a “…TALENT CONTEST, not a beauty pageant.” She sang her way into the title of Miss Talented Teen New Jersey, and didn’t stop singing until she won the title for the whole world (Miss Talented Teen International). Later that year she appeared on Soul Train—not as a singer, but as a representative of Miss Talented Teen, decked out in a tasteful gown, sash, and tiara.

She graduated from high school in 1987. It’s likely she made the cross-country move to Los Angeles, California, shortly after graduation.

In 1988 she landed her first role on television, as recurring character Justine Phillips on the immensely popular situation comedy series The Cosby Show. Justine was the girlfriend of series regular Theo Huxtable, and the person about whom he crooned the impromptu, heartfelt rhythm and blues ballad, “Justine, Justine.”

While on The Cosby Show, Thomas began an off-screen, real-life relationship with her on-screen boyfriend, played by Malcolm Jamal Warner.

After she left The Cosby Show in 1990 (I’m not sure if that was her idea or theirs), she appeared in a handful of guest starring spots on other shows and in several music videos—until she landed the role of Myra Boutros Boutros Monkhouse , Steve Urkel’s stalker-turned-girlfriend on the popular-but-not-as-popular-as-The-Cosby-Show television sitcom Family Matters. She held that role from 1993 until 1998, when the series ended. She stayed until the bitter end, which can’t be said of all the long-time cast members (no judgment calls; just sayin’). Some of the other things she did during the run of Family Matters included guest starring on yet a few more television series (one of them being Malcolm Jamal Warner’s post-Cosby sitcom, Malcolm and Eddie); guest hosting Soul Train a couple of times; participating in a trapeze act (G-rated, I’m sure) in the 1993 Circus of the Stars; and ending her boyfriend-girlfriend relationship with Malcolm Jamal Warner (though they remained close friends).

In the summer of 1997, Thomas, a vegan who never drank alcohol or smoked, was diagnosed with a lemon-sized tumor, which required surgical removal. Doctors were optimistic that she would recover completely, though it is unknown whether this prognosis was developed before or after she declined further medical treatments (she was afraid it would cause her to be unable to have children).

After Family Matters closed up shop, Thomas quickly found a professional home playing Callie Rogers on the seemingly never-ending daytime drama (some people call it a soap opera) The Young and the Restless. Thomas reportedly enjoyed the role because finally she could act like a grown-up. In conjunction with her day job, Thomas was also spending many hours in a studio, recording music.

Shortly after assuming the role of Callie Rogers, Thomas was nominated for an NAACP Image Award for Outstanding Actress in a Daytime Drama.

In October of 1998, Thomas required surgery because she had developed another tumor, which had ruptured. She was living in Los Angeles at the time, but traveled to New Jersey after the surgery in order to recuperate at home and be with her family. According to her mother, is was in November of 1998 that she was diagnosed with intra-abdominal desmoplastic small-round-cell cancer. (The disease sounds awful because it is.)

Sadly, instead of getting better her health instead deteriorated, and she ended up being admitted into Memorial Sloan-Kettering Cancer Center in New York City. Malcolm Jamal Warner was informed of her condition, and he flew from Los Angeles to be with her.

On December 23, Thomas passed away. Her parents and several other loved ones were with her at the time.

On December 26, 1998, a Muslim funeral service was held for her (as she had requested), after which she was buried in Rosedale Cemetery, Orange, New Jersey.

Her last role, as Anna in the film Unbowed, was shown at the American Indian Film Festival in November 1999. Its official premiere was at the Pan African Film Festival on February 19, 2000.