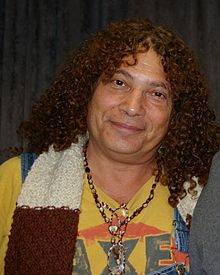 Robert Hegyes was born on May 7, 1951, in Perth Amboy, New Jersey. He grew up in Metuchen, New Jersey, with two younger sisters and one younger brother.

Hegyes began his acting career in high school productions. After graduation, he attended Glassboro State College (named Rowan University since 1992) in southern New Jersey, where he earned his Bachelor of Arts degree in Speech and Theater and also became certificated in Secondary Education. Then he moved north of the border to New York City and set his sights on the stage. For a while he found employment in a variety of entertainment industry genres, including local theater, puppetry, and improv, but it didn’t take long for him to catch the attention of the powers-that-be on Broadway. After a stint in one off-Broadway play, he went right into the bigger big time. Cast in the thriller “Don’t Call Back” (costarring the ubiquitous Arlene Francis and the outstanding Dorian Harewood), Hegyes held the role from the play’s opening on March 18, 1975, until its closing…on March 18, 1975. The good news was: it was while he was rehearsing for that play that Hegyes auditioned for, and got, the role of Jewish Puerto Rican student Juan Epstein in Welcome Back, Kotter. (In real life, he was neither Jewish nor Puerto Rican, but half Hungarian American and half Italian American.) For the next four years, Hegyes wisecracked and charmed his way to fame in the company of such well known actors as John Travolta, Gabe Kaplan, and Marcia Strassman. Welcome Back, Kotter lasted four seasons and made the lead actors megastars, at least during the show’s heyday. Hegyes also got a tiny taste of professional directing during the production of the episode “Class Encounters of the Carvelli Kind.”

During and after his tenure on Kotter, Hegyes guest starred on many well-known series, such as Chico and the Man, ChiPS, NewsRadio, and Diagnosis Murder, and had parts in an eclectic array of films, including Pee-wee’s Big Adventure and Bob Roberts (which also starred Lynne Thigpen). He also had a recurring role on Cagney & Lacey from 1986-1988.

Hegyes’s love life was as active as his career. Between 1973 and 2007, he was married three times and involved in one long-term relationship sans marriage (not at the same time). He was the father of two. It has also been reported that he was the cousin of singers Jon Bon Jovi and Mario Lanza. There is no record of whether Hegyes inherited the family’s vocal chops, but he sang along with Southside Johnny and the Asbury Jukes onstage on at least one occasion.

In 2002 Hegyes retired from both the big and small screens and turned to teaching high school and college classes. In 2009 he moved from California back to New Jersey and taught classes at his alma mater.

Hegyes had been in ill health for a while when he experienced chest pains on January 26, 2012. He was rushed to the hospital but did not survive. The cause of death was believed to be a heart attack, but one source cites the cause as a pulmonary embolism. Two possibilities, same end result. His final resting place has not been publicly announced.