Affiliate Disclosure: if there are Amazon affiliate links or other affiliate links in this article and you buy something through one of these links, I may earn a commission. It will not increase the cost of your purchase. Thanks! 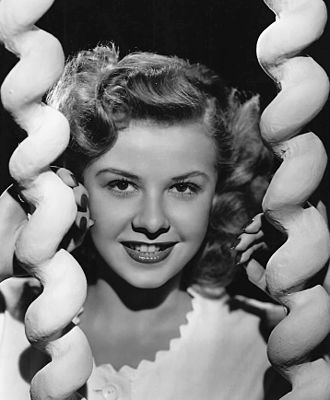 Content warning: this article contains potentially disturbing content, including references to infant death, divorce, illness, sexism, and eating disorders. Please use your best judgment as to whether you wish to read this content. Language is PG-13.

Vera-Ellen was born Vera Ellen Westmeier Rohe on February 16, 1921. She was born to Martin F. Rohe and Alma C. Westmeier in Norwood, Ohio, which is almost smack-dab in the center of Cincinnati.

Not the healthiest or most outgoing of children, when Vera was nine, her mother, Alma, enrolled her in dance classes in the hopes she would “blossom.” Or maybe she was just another stage mother. (Evidence supporting this possibility can be found in the story that Alma added the hyphen to Vera’s name after she had a dream in which she saw her daughter’s name in “lights,” presumably on a Hollywood or Broadway marquee.) Whatever the reason, her plan worked. Vera loved dancing and excelled at it. (Side note: one of her fellow dancers at the studio was Doris Day, who didn’t have the shining dance career Vera had, but won the longevity race by about 40 years.)

Just a few years after Vera first stepped onto a dance floor, her career took off. She reportedly won the Major Bowes Amateur Hour at age 13. That seems to be a significant achievement for a tap dancer, considering the show was on radio at the time. Later she became a Rockette. Apparently, the  Rockette height requirement then was different than that of today (5’6″-5’10 1/2″/1.67m-1.78m), as she measured 5’ 4”/1.625m tall as an adult (although the prevailing theory today is that Hollywood men add 3″ to their posted heights while women subtracted 3″).

It didn’t take long for her to land some roles on Broadway, and that was where she was discovered by movie studio big-wig Samuel Goldwyn. Vera, by then Vera-Ellen (affiliate link), was cast in her first movie role in 1945. She got third billing (not bad for a first role) in Wonder Man (affiliate link), which contained some spectacular dance routines and also marked her first time working with Danny Kaye. After that she worked steadily, appearing in one or two films a year until 1955. Her most memorable films—or at least the ones I love the most—include On the Town (affiliate link), Call Me Madam, and White Christmas (link to article). During her career she danced with the best partners of the era: Fred Astaire (Three Little Words—affiliate link, The Belle of New York), Gene Kelly (Words and Music, On the Town), and Donald O’Conner (Call Me Madam). She had to wear flats while dancing with all of them. She also lip-synced with/near/in the same movies as such vocal superstars (who actually sang) as Frank Sinatra, Ethel Merman, Rosemary Clooney, and Bing Crosby. There are a few short videos online of television variety show clips in which Vera-Ellen purportedly does her own singing. If those clips were really recordings of her voice, she wasn’t a bad singer. If modern technical equipment had been available then to fine-tune her recordings, she probably would have been considered a talented vocalist.

In the mid- to late 1950’s, Hollywood musical-making—and consequently Vera-Ellen’s career—slowed noticeably. After White Christmas, she was in only one other film, the ironically titled Let’s Be Happy, in 1957. She had a couple of television guest spots after that, but was finished with Hollywood by 1960.

There has been a lot of talk about Vera-Ellen regarding anorexia, early aging, and reclusive behavior. Well, I don’t know; I never met her. The point is, neither did most of the people who are making these speculations. If it’s true, it’s true, but uninformed judgments and generalizations by people without the facts are both unkind and unhelpful. As for all of the high-necked costumes in White Christmas, that was said to be a style choice by the costume designer, the incomparable Edith Head. If Edith Head deemed it to be the correct fashion choice, who is anyone else to disagree? Also, Vera-Ellen’s neck is clearly visible in several scenes in Let’s be Happy, and it looks the same as most 35-year-old women’s necks

Vera-Ellen kept her private life relatively private—a refreshing change of pace from today’s celebrities. She was married twice, once in the early 1940’s to a fellow dancer named Robert Hightower, and from 1954 to 1966 to Victor Rothschild of the super-duper rich Rothschild family. Both marriages ended in divorce. For three years, between marriages, she very publicly kept company with Rock Hudson. Unsurprisingly, although there was public talk of marriage, that “relationship” fizzled. Hudson jokingly claimed that he couldn’t deal with a wife who made more money than he did.

Vera-Ellen had no official work credits after 1959, and she faded from the public eye. Many people say it was because 1. musicals went out of favor in Hollywood in the late 1950’s, and no one wanted to hire her for dramatic roles, 2. she suffered from anorexia and was in poor health, and/or 3. she was unhappy/depressed. My theory: she married into one of the richest families in the country. Many—or most—husbands of the 1950’s, especially wealthy ones, didn’t want their wives to work. Many women of the 1950’s wanted to assume the “proper” roles of wives and mothers. Perhaps Vera-Ellen fulfilled her outstanding contractual obligations and then moved on to the housewife-y dream that all American women coveted—or at least what all American women were told they coveted.

In 1963, Vera-Ellen and Rothschild had a daughter they named Victoria Ellen Rothschild. Victoria died at 3 months of age. Some sources say the cause of death was reported as Sudden Infant Death Syndrome, but that term wasn’t coined until 1969, so…. Her death certificate states that cause of death was Acute Interstitial Pneumonitis.

For the last 20 years of her life, Vera-Ellen did not work. According to her, it was because she didn’t have to. After all, in 1960 she was 40-ish years old, not an uncommon age for dancers to call it quits. She did, however, continue to dance for personal enjoyment/health benefits. What she did with the rest of her time in those 20 years is pretty much a mystery. One can only hope that she filled her time doing activities that fulfilled her and brought her joy.

On August 30, 1981, Vera-Ellen died of ovarian cancer at The University of California Los Angeles Medical Center. She is buried at Glen Haven Memorial Park in Sylmar, California, next to her daughter’s unmarked grave.