Affiliate disclosure: our posts may contain affiliate links. If you buy something through one of those links, it will NOT increase the cost of your purchase, but we’ll get a small commission for any qualifying purchases. Thanks! 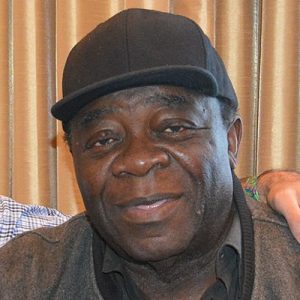 Content warning: this article contains potentially disturbing content, including references to death, divorce, and mass murder. Please use your best judgment as to whether you wish to read this content. Language is PG-13.

Yaphet Frederick Kotto was born Frederick Samuel Kotto on November 15, 1939, in New York City, New York, to businessman Yaphet Avraham Kotto and nurse Gladys Marie Kotto. Some reports say his year of birth was 1937, but when I did the math, 1939 gave me the number I was looking for (81 years).

According to the younger Kotto, his Cameroonian father’s birth name was actually Njoki Manga Bell, and he was a descendant of a Cameroonian king. Some years before his son’s birth, Bell moved to the Harlem section of New York and adopted his new name. [In Hebrew Yaphet means “handsome” or “beautiful,” and Avraham means “father of a multitude, many nations.” Kotto is a common last name in Camaroon.]

Young Kotto’s parents’ marriage fizzled out when he was just a tot, so he lived with his maternal grandparents for most of his childhood. He was raised in the Jewish faith and had a strong bond with the religion throughout his life.

As a teenager Kotto wasn’t sure what career path to take, until one day when he was 16 and caught a showing of the movie On the Waterfront. Watching Marlon Brando’s performance made him decide on the spot that acting was what he wanted to do with his life. He enrolled in acting classes, allegedly at the Actors Mobile Theater Studio—about which I could find no information other than the fact that it probably existed at the time. Perhaps it’s associated with the Actors Studio; according to several sources (although not the Actors Studio website), he was a member of that institution.

Kotto decided that to be successful in the acting world he had to immediately get rid of his New York style of speaking, so he trained himself out of his accent by studying newscaster John Cameron Swayze’s broadcasts. It was a smart plan—at the very least, he would have learned how to sell watches.

When he was 19 he was cast as the title character in a Judy Holliday-produced staging of  “Othello,” in Cape Cod, Massachusetts. Everyone says it was his first acting role, so let’s go with that.

Sometime in the late 1950’s or early 1960’s (dates stated by sources vary widely), he married German-born Rita Ingrid Dittman. They went on to have three children together, a daughter and two sons.

His first film job was either an uncredited role in 1963’s 4 for Texas, which starred about half of Hollywood, including such celebrities as Frank Sinatra, Ursula Andress, and the Three Stooges, OR in 1964’s Nothing but a Man, with actors Ivan Dixon and Gloria Foster. If anyone is willing to sit through 4 for Texas to see if you can spot him, please let me know what you find out. Thanks.

He landed his first Broadway job (as John in “The Zulu and the Zayda”) in 1965 and his second in 1969, when he replaced James Earl Jones in the lead role of boxer Jack Johnson in “The Great White Hope.” James Earl Jones!

In between Broadway appearances Kotto had guest roles in a number of television series, such as Tarzan, The Big Valley, Bonanza, Hawaii-50, and The High Chaparral. [If it seems as if there is an unusually large proportion of Westerns on the list, remember that at the time there was an unusually large proportion of Westerns on the air.] For his High Chapparal performance, he co-won a 1969 Western Heritage Bronze Wrangler award, which he shared with the episode’s director, David Dortort, and co-actors Leif Erickson, Perry Fluker, and Len Glascow. The episode’s title is “The Buffalo Soldiers,” if you want to check it out.

According to Kotto, when he worked on The Big Valley (two episodes), series star Barbara Stanwyck became one of his biggest supporters and began to regularly bestow free advice upon him (mostly unsolicited). Judy Holliday liked to add her 2 cents occasionally, and veteran actress Mary Astor, then newly retired, would do the same. There’s no information regarding how Kotto and Astor came to know each other, but I bet it’s an interesting story.

In 1968, allegedly in response to the assassination of Dr. Martin Luther King, Jr., Kotto wrote the words to and recorded a 45 r.p.m. vinyl record (a “single”) for Chisa Records titled “Have You Ever Seen the Blues?” The “B” side song was “Have You Dug His Scene?” Some sources call it a spoken word record, but to my ear it’s an amalgamation of beat poetry “sung” to music and a dramatic reading. I know; it’s hard to imagine.

Also in 1968, he had a supporting role in the popular film The Thomas Crown Affair, with box office favorites Steve McQueen and Faye Dunaway.

Kotto kept busy throughout the 1970’s by performing frequently in television projects, such as guest starring in a string of television shows (The Name of the Game, Gunsmoke, and Night Gallery, to name a few) and appearing in several made-for-television films. His portrayal of Ugandan President Idi Amin, Jr., in the 1976 depiction-of-a-true-story television movie Raid on Entebbe earned him a Primetime Emmy nomination for Outstanding Performance by a Supporting Actor in a Comedy or Drama Special. (And the winner was…Burgess Meredith for his role as Joseph Welch in the made-for-television movie Tail Gunner Joe.)

The mid-1970’s also saw the end of his first marriage (again, reported dates vary), as well as the beginning of his second one, to Antoinette Pettyjohn. Kotto and Pettyjohn had three daughters during the course of their marriage, bringing his fatherhood total to six.

Kotto’s 1980’s: project-wise, about the same as his 1970’s. Specifically, some of his television guest appearances were on Fantasy Island; The A-Team; Hill Street Blues; and Murder, She Wrote. He also had a starring role in the 1983-1984 hour-long television drama series titled For Love and Honor, which lasted for 12 episodes. He played Othello in a 1980 big screen production of Othello, reportedly being the first black actor to play the black character in a feature film. Some of his other movie appearances for the decade included Eye of the Tiger alongside Gary Busey, The Running Man (based on the Steven King novel of the same name) alongside Arnold Schwarzenegger, Midnight Run alongside Robert De Niro, and Tripwire alongside Isabella Hofmann, with whom he also worked in the 1990’s.

Based on his body of work it might seem as if Kotto accepted whatever acting offers came his way, but in actuality he chose his roles with care. In the 1980’s he decided to pass on some roles that later became iconic: Lando Calrissian in the 1980 film Star Wars: Episode V—The Empire Strikes Back, (Billy Dee Williams ended up taking the job); Jean Luc Picard in Star Trek: The Next Generation (1987, played by Patrick Stewart throughout the show’s seven-season run), and a soldier role (I’m not sure which one) in 1989’s Glory. Later in life he said his decisions about Star Wars and Glory were correct ones, but he did express some regret about turning down ST: TNG.

In 1987 Ahimsa Publishing Corporation printed Kotto’s book Slow Dance in the Promise Land. (Yes, it’s Promise, not Promised.) I know nothing about the book’s contents; there are no details online, and copies seem impossible to find.

Kotto and his family moved to Conifer, Colorado, in 1988. Although Kotto and his second wife had divorced by the end of the decade, some combination of family members lived there until at least 1997. Rumor has it that Kotto and some of his children knew many of the students affected by the 1999 Columbine High School evilness, but he had relocated a bit north and way, way east to Ontario, Canada, by the time the incident occurred.

He continued to remain a sought-after actor in the 1990’s. His television appearances included guest spots on Father Dowling Mysteries, SeaQuest 2032 (with fellow Blast-er Jonathan Brandis), and Law & Order. From 1993-1999 he played Al Giardello in the criminally underrated police drama Homicide: Life on the Street (affiliate link). (Sadly, Kotto himself felt seriously underutilized in the role; he ended up writing some scripts just so there would be some lines for him to speak.) He received four NAACP Image award nominations in the Outstanding Lead Actor in a Drama Series category for H: LotS, one each year from 1996-1999.

In 1999 he had another book published, titled The Royalty: A Spiritual Awakening. Cauldwell Bissell Publishing did the honors this time. The title may refer to his Cameroonian background or the fact that he believed he was related by blood to the current British monarchs. The title may also refer to nothing about royalty and everything about spirituality—the only book review I could find (which I have to admit, I didn’t quite understand) contained many references to that subject.

When the 1990’s ended, so did Kotto’s desire to continue acting. After 2000 he is credited with only four more roles: one made-for-television movie (Stiletto Dance, 2001), one guest role in a television series (The Wire, 2004), one feature film (Witless Protection [not a typo], 2008), and one video game voice (Alien: Isolation, 2014, reprising his role of Parker from the movie). Instead, he chose to switch careers and move with his wife to Leyte, The Philippines, in 2001. There they founded The Running Man Institute, an artists’ retreat. Nice work if you can get it.

Kotto passed away on March 15, 2021. Cause of death seems not to have been announced. Allegedly he was cremated and his ashes were given to his widow.